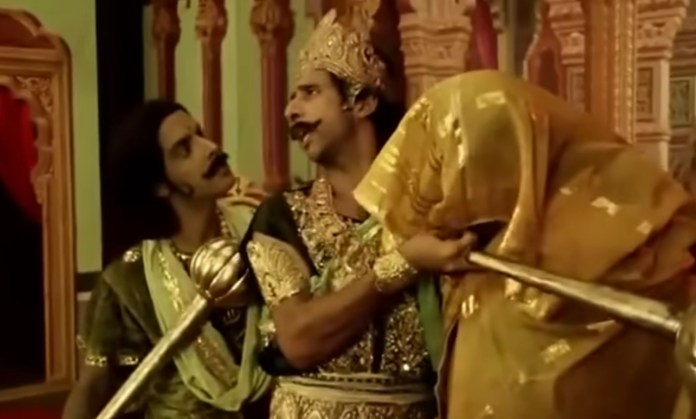 Here is what you should know about the year when Jaane Bhi Do Yaaro came out.

India was heavily influenced by the USSR back then, and emulated its practices, including attitude towards religion and control over information dissemination.

The Soviet policy toward religion subscribed to the Marxism-Leninism ideology, which made atheism the official doctrine of the Communist Party. They made several attempts using education, mass media and policies to discourage their population from following religious practices.

Indian communists often modelled themselves after their Soviet peers, but their scorn was only towards one religion in India.

In 1983, a team comprising Film and Television Institute of India graduates, almost all communists, was put together to make Jaane Bhi Do Yaaro, a political satire financed by the state producer, National Film Development Corporation.

Although the movie was a commercial failure, it went on to win awards and appreciation. It was loosely based on Michelangelo Antonioni’s Blow Up (1966), in which a photographer believes he may have witnessed a murder and unwittingly takes photographs of the killing.

The film is best-remembered for its last 15 minutes featuring a parody of the cheer-haran episode from the Mahabharata. Such interpretation of Hindus’ religious history was a common topic for humour in films during these years.

Last year, which is about 40 years after this film, a bunch of young medical students at the All India Institute of Medical Sciences (AIIMS) staged a derogatory adaptation of Ram-leela that went viral on social media.

While the actors mocked the Hindu epic, students watching the skit cheered in unison instead of objecting to the performance. The student’s union later apologised for this skit staged on Vijaya Dashmi when the videos triggered outside on social media.

Watch a part of the skit here:

This is happening in AIIMS Delhi to celebrate Vijaya Dashami

Will they try to enact "Innocence of Muslims"?pic.twitter.com/TmP1PYY7WF

As pointed out by Gems of Bollywood in a tweet, “You laughed on this (cheer-haran parody) yesterday. Now your kids are doing this (derogatory Ramlila skit) today. Keep it up!”

It is pertinent to mention that mockery of staging of episodes from Hindu history has since been a template joke in many Bollywood films, including the recent Ludo.

Criticism and Review as per Section 52 of Indian Copyright Act, 1957. pic.twitter.com/w18zRtLKmG

This category of humour begs the question – Does Bollywood or any bunch of college students have the audacity to make a parody of religious stories from Abrahamic faiths, particularly Islam?

Also, why does Bollywood keep referring to the cheer-haran and snigger, even till this day? Even Dushshasan was less excited about it in comparison.