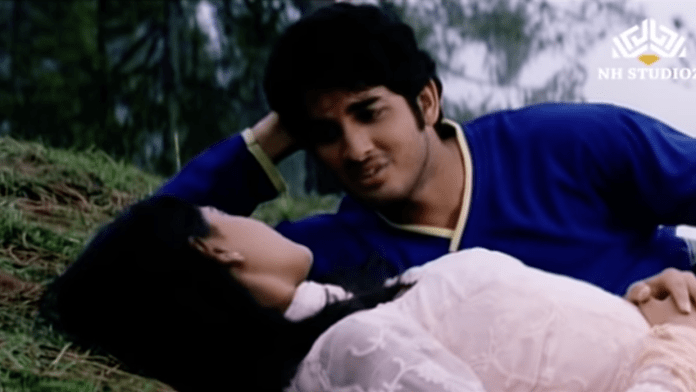 Watch this clip from ‘Pyaar Zindagi Hai’ (2001), where the hero croons that his love is “pak, like Quran” with the reverent hand gestures. To this, the heroine falls on his feet, stares hard at the top of his pant and says, “I will worship you like you are Bhagwaan”

This movie came out in the same year when more than 500 people turned violent while protesting against the screening of Gadar, where a Sikh man loves and marries a Muslim girl.

Interestingly, this film is a remake of Tamil film ‘Aasai’ that doesn’t have any such religious references. In the Urdu-Hindi version, the lyrics are written by Sameer, Surendra Mishra and Preet Nihal.

Has Bollywood showed a Muslim man citing greatness of a Hindu holy text or deity to profess love to his beloved?