‘Tarqeeb Number 420’, That Is Mass Molestation, Is Heroic Act (Bandish) 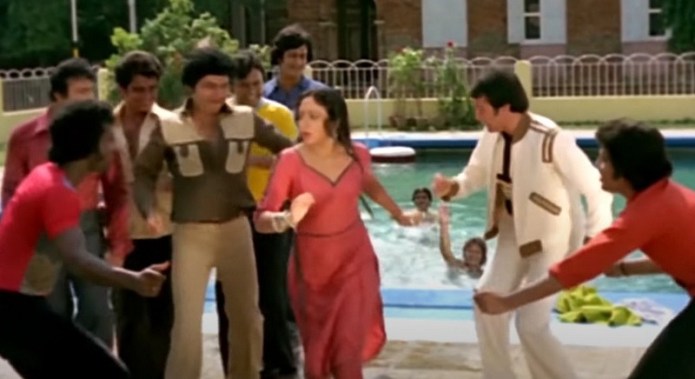 Are you aware of the Arabic term ‘Taharrush’? If not, read about it right away. It is a barbaric mass rape ritual involving scores of men surrounding one girl.

Watch this clip below from Bandish (1980), featuring Rajesh Khanna, who calls molesting women half his age as his ‘Tarqeeb 420’. He also says that this eve-teasing will quench her Jawani’s Aag, thanks to lyrics by Anand Bakshi.

Don’t miss that his other friends, including Asrani, are dancing in circles around the harassed girl trying to escape them.