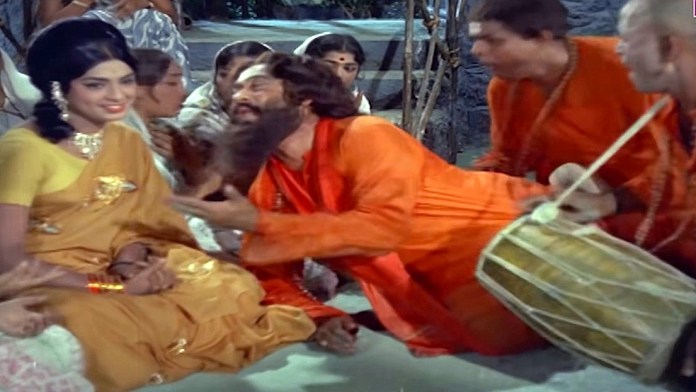 Popular culture influences popular perceptions. So when a famous singer lampoons a bhajan as an ode to so-called ‘A-listers’ in Bollywood’s fraternity and lusts after a devotee, while dressed as a Sadhu in saffron robes, you can be assured of how Sadhus must be perceived by the non-questioning audience. Should we still wonder why Hinduphobic incidents like the lynching of Palghar Sadhus never make it to popular conversations?

Has Bollywood ever given a similar lusty joker Maulvi character?