By Gems Of Bollywood 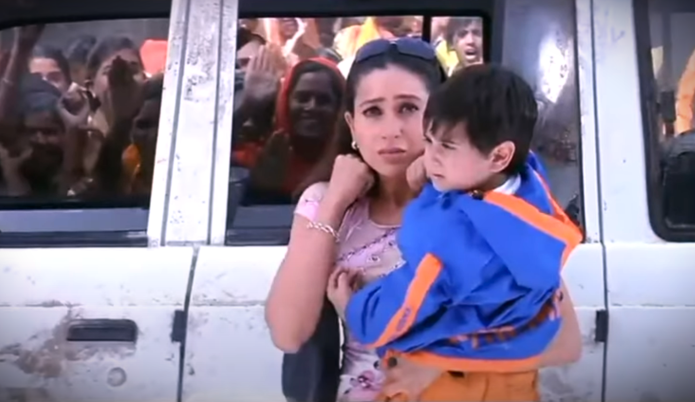 ‘Shakti’ is a so-called remake of a 1987 autobiographical book called ‘Not Without My Daughter’ by an American woman named Betty.

In the book, she detailed her and her four-year-old daughter’s escape from her abusive husband Sayyed Bozorg Mahmoody in Iran. Mahmoody took Betty and their daughter to his native Iran on the pretext of meeting family but didn’t let them leave for 18 months. But she somehow escaped with her daughter.

When Boney Kapoor remade the film for Indian audiences, guess which group of people he felt resembled Mahmoody’s family in Tehran? The tilak-dhari Hindus of Hindi-speaking regions.

Kapoor changed setting to Hindu family in (presumably) Bihar, and Mahmoody to Shekhar and his father Narasimha.

This film borrows the true story of a woman who fought to escape the clutches of Islamic fundamentalism and made it into a fictional story where the villain is ‘worse-than-Taliban Hindu’.