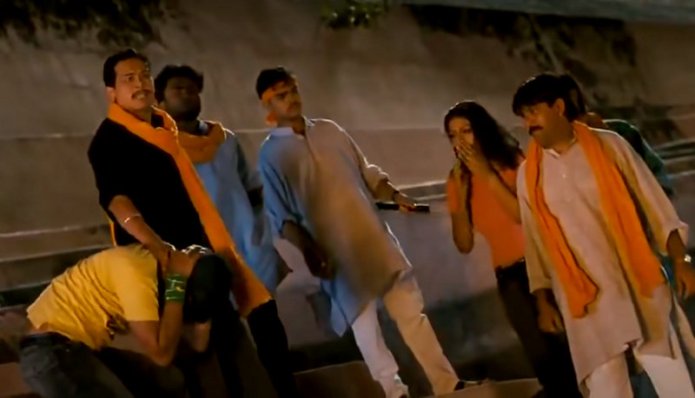 According to Censor Board chief Prasoon Joshi, anyone worrying about their country and culture (and the deliberate attempts to diminish it) is a hateful goon. Please have a look at this scene from Rang De Basanti that he wrote.

Quite an irony that the right-wing voice in this film is represented by Atul Kulkarni, who announced on Twitter recently that he doesn’t even identify himself as a Hindu. His character, Lakshman Pandey, is a tilakdhaari killjoy when he is introduced. By the end of this film, Pandey’s tilak is gone, and he becomes a glorified anarchist.

Despite Joshi’s blatant dislike for pro-Hindu characters, he has been appointed as the Censor Board chief. However, his commitment to secular ideals, religious reform and freedom of expression is quite selective in practice. Not too long ago, he blocked the release of The Conversion, a film about a Love Jihad victim.

He has blocked release of #TheConversionMovie perhaps because paymasters Aamir Khan and @FarOutAkhtar dont believe in LJpic.twitter.com/uTl0WWexVX