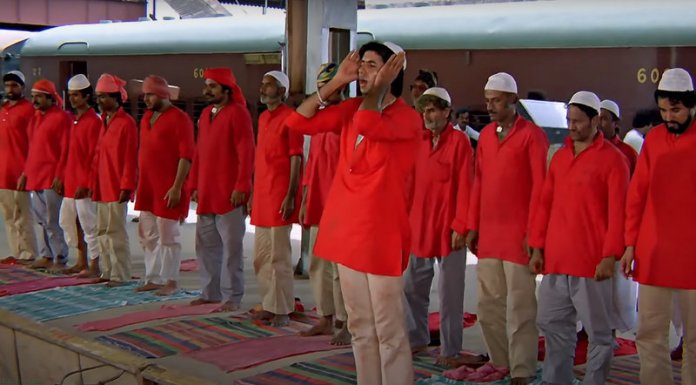 Coolie is best remembered as the film in which Amitabh Bachchan got grievously injured while shooting an action sequence. However, not many would remember what kind of gems this film had.

Check out this bit from the film where Iqbal (played by Amitabh) tells the world how his men take only one day off for Eid and carry everyone else’s burden on other days. Anand Bakshi wrote the lyrics of this song in such a way that it becomes an ode to a religious group and communism alike.

What makes this song particularly noteworthy is how the onscreen idol of many promotes use of public spaces for offering prayers. Iqbal joins a group of men doing namaz right in the middle of the railway platform on a busy day.

Does it come as a surprise when his fans ape the same behaviour in real life?