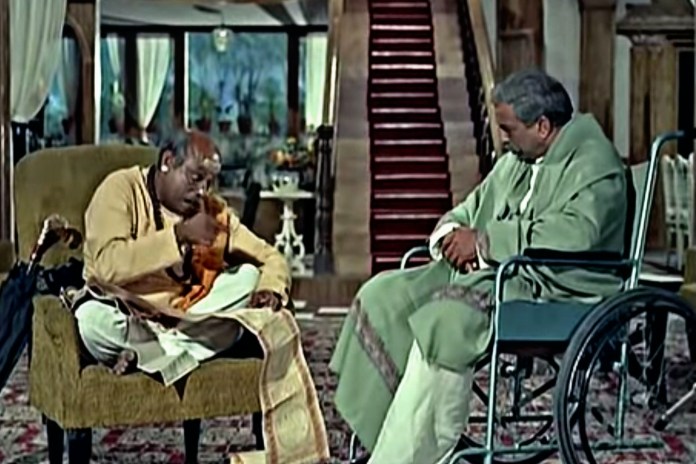 In less than two minutes of starting, film Anokhi Ada (produced by Kundan Kumar, written by Rafi Ajmeri and story by Mushtaq Jalili) sums up most of the anti-Hindu agenda of Bollywood.

1) Pandit is dhongi, uses his knowledge to cheat people. We wonder why aren’t pir babas portrayed like this?
2) Hindu men secretly dream of having four wives
3) Hindu knowledge systems are nonsense
4) The modern and wise Hindu must make fun of Pandits and their shaved head on their face, and must rebel against his father’s Hindu beliefs
5) Sanskrit shlokas and made-up mumbo-jumbo is all the same