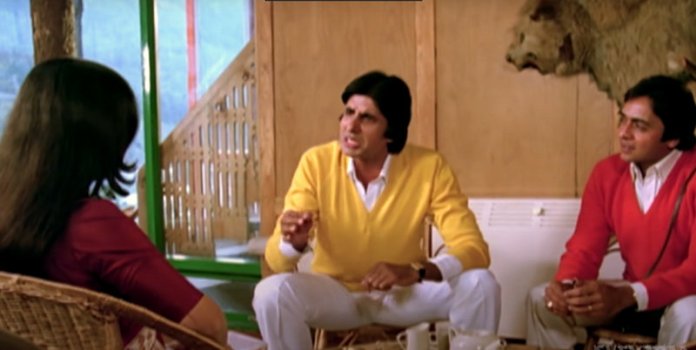 At the peak of his career, Amitabh Bachchan featured in this lesser-known film called Bemisaal, which had cringeworthy dialogues glorifying Mughal barbarism in India. Dialogue-writer Rahi Masoom Raza, however, wasn’t satisfied with eulogizing the Mughals alone, and heaped insults on Samrat Ashok.

There is an entire sequence dedicated to the glory of Mughals, on how they “discovered” Kashmir and bestowed India with invaluable gifts like great architecture, paintings and ‘Mughlai food’.

The film has a scene where actress Ruby Dutt talks about harems maintained by married kings. Mughals are ignored here. For harems, the actress can think of only Samrat Ashok.

Watch this scene in which Dutt screams at her teacher – “To hell with Ashoka the Great! Just look at me.”