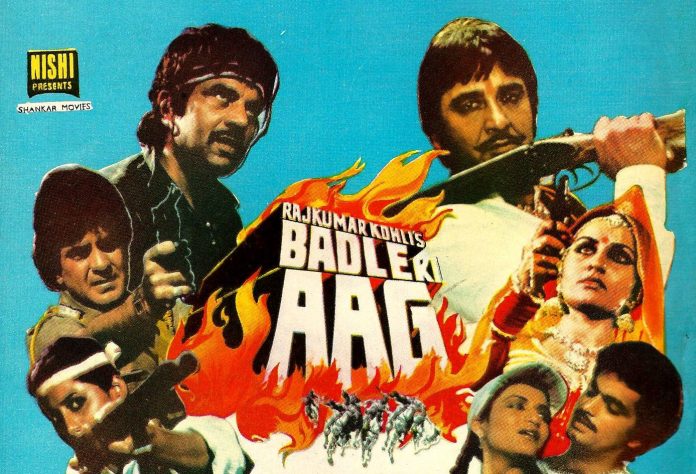 While Hollywood has made a genre out of Christmas and churns several holiday-themed movies annually, one would imagine it would motivate Bollywood filmmakers to do the same. After all, when imaginations fell short, nothing stopped desi filmmakers from looking westwards for movie plots. And imagination failed them frequently.

And that’s where we got wrong. In Bollywood, the most widely celebrated Indian festival Diwali is not an occasion when characters are motivated to be kinder to each other. Instead, Diwali is a gloomy day when drunk Hindu fathers bring mistresses home, torment children and discover a promising future in crime.

In Badle ki Aag, a drunk ‘Raja Ram’ (Kader Khan) thrashes his wife and children on Diwali at pooja-sthal to please a sex worker.

Kader Khan as drunk "Raja Ram" thrashes his wife and children on "Diwali" in pooja-sthal to please a sex-worker.

Then they ask us to show goodness in brothelpic.twitter.com/MEhQxxyR90

The film references the Hindu festival for more dark situations.

Later that evening, he kills his business partner.

"Khooni Diwali" has been a recurring theme in Urduwood

Hollywood made Christmas into a special genre

However, it is not as if director Rajkumar Kohli frowns upon all religions in this film. Before any good deed or proving bravado, the hero Lakhan Singh makes it a point to remember ‘Khuda’ and quotes shayari.

Bollywood suggests this therapy works and is the only way to save a woman’s life when she catches life-threatening cold.

I come from an India where Urduwood creates medical training videos for those who couldn't do MBBS.

Our nomination for Nobel Prize in Medicine.pic.twitter.com/t1i9KYR8qW

When Geeta wakes up surprised, Lakhan doesn’t apologise. He respects women and has decided to make her a part of his life (again, without her consent). To this she says, “You’re not a mere human, you are Bhagwan.”

The film keeps coming up with creative reasons to strip women naked.

In a scene, a semi-nude woman fakes a ‘suhaag raat’ set-up and lies over Lakhan Singh to protect him from the police. When the police leave, Lakhan asks the woman if she felt scared doing so. She replies, “It was as if I was bowing my head on the temple door.”

Her father-in-law had taken that decision for her. He decided that the dacoit can be saved only if his son’s wife throws her semi-naked body over him. He has more control over her body than she has.

Besides Lakhan Singh’s unhealthy obsession with female nudity, the common factor in these two scenes is how women are grateful for being abused.

In several tweets, Gems of Bollywood has pointed out how Bollywood normalised rape culture using creative euphemisms. The message is clear – if the hero does it, it is okay. Sadly, this was a common theme in the movies of the 70s and later.

Oh, and remember how such films normalise the “marry the rapist” idea of justice? Yeah, this movie has enough of such sub-plots too.

Bijli transforms from a hot-headed bandit to a docile missis because she slept with a drunk Sher Singh (in a scene loaded with female nudity). Although he never loved her, they are now one happy family with a son (presumably emerging from that encounter) because that is Urduwood’s idea of poetic justice.

This movie was a box-office hit.