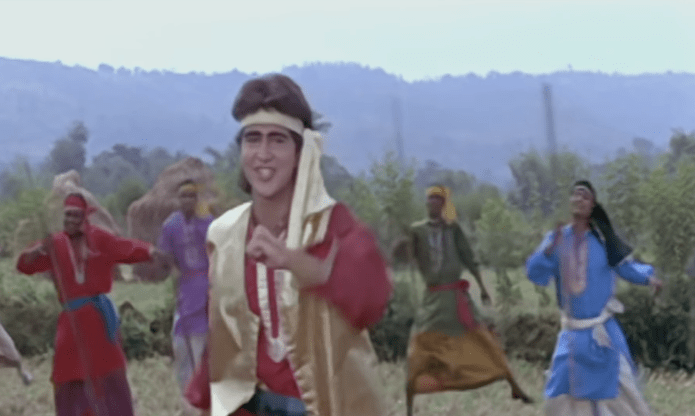 The main characters in this movie are from Urdu-speaking Muslim families. But when they are busy with their amatory dance numbers, they claim to be like Lord Krishna and Gopikas. Any Hindu would be appalled at equating such debauchery with a spiritual metaphor, but who cares about Hindu sentiments in Urduwood?

Watch this clip from Mehboob Mere Mehboob (1992), written by Noor Ibrahim Kaskar (brother of Dawood Ibrahim) and produced by Bharat Shah, who was later arrested for his links with Chota Shakeel.