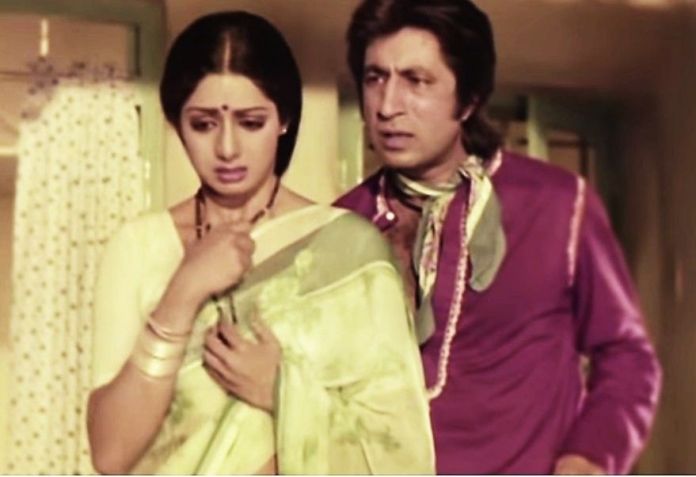 Tohfa is a twisted love triangle of a man who impregnates two women and can’t decide who means more to him. One of them dies in the end, leaving the other two to ride off into the sunset. It is a remake of 1982 Telugu film Devatha.

In a film already infused with humiliating attitudes towards women, writer Kader Khan adds this scene that is filled with the most regressive comments against young women. Watch Shakti Kapoor in this insufferable eve-teasing scene that later got him nominated for the Filmfare award for actor in comic role.

Urduwood's notion of comedy – have Shakti Kapoor molest one woman after another, body-shame, vomit cheap dialogs that would encourage sadakchhaaps in real world

Shakti Kapoor was nominated for best comedian in Filmfare for this cringe – Tohfa (1984)pic.twitter.com/CtqqJklYq7