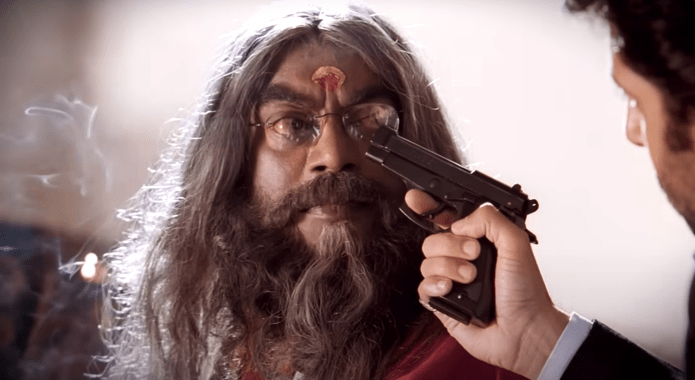 There is perhaps no bigger mouthpiece of the “Hindu Terrorist” narrative than Bollywood. Here is a scene from Sarkar (2005) in which Shankar Nagre (Abhishek Bachchan) enters pooja-sthal wearing shoes and interrupts a Sadhu’s pooja because, as Bollywood taught us, Hindu Godmen are criminals pretending to be saints.

The narrative being promoted is that the Sadhu prays and reads the Bhagwad Gita, which makes him a dreaded criminal. Only an atheist Godfather can tame this cunning saffron-clad man.

This film is ripped-off from Hollywood’s Godfather that has been remade countless times in various languages. However, the original film didn’t spew hatred towards any religion.