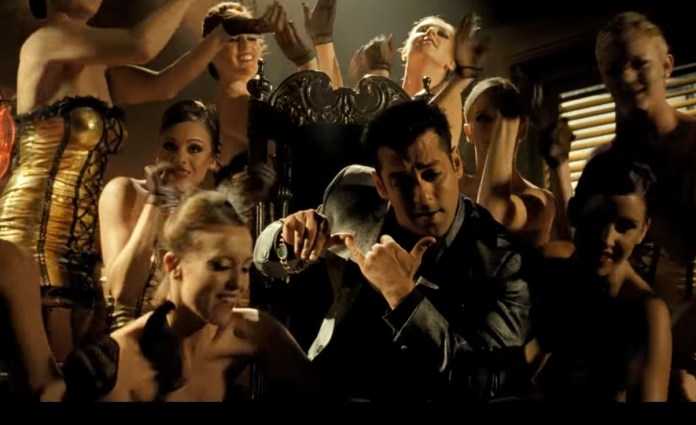 Ready is remake of a cringeworthy 2008 Telugu movie by the same name. What makes it slightly different than the original is that the Khan brothers went an extra mile to jeer at Hindus.

Here is a scene where Prem (Salman) is trying to ‘reform’ a teenage boy as part of his mission to do so to his entire family. The teenager has a hair braid as a proud family tradition. Prem chops the braid with a dialogue that translates to – “I have just cut your hair. Thank me that I am not doing your circumcision.”

The audience is supposed to laugh at this scene that celebrates forced conversions and bigotry of the last 1400 years.

We noticed that this dialogue wasn’t in the original one. Writers Nisar Akhtar and Sajid-Farhad (Sajid Samji and Farhad Samji) went out of their way to add this line to the Hindi remake.

Other Bollywood tropes which complete the movie are that a janeu-dhaari man is a buffoon, Hindu girls are trapped by their families, Chaudhry Saabs are greedy patriarchs, women enjoy being groped, Pandit Ji is a dhongi.

‘Ready’ reiterates the agenda that Hindu women are treated poorly by their families. And that they are waiting to be rescued by the “right” man (a braid-snipping one in this case).

The last time a film showed a Muslim woman controlled by her parents till a man rescues her, its director was severely injured in a bomb attack by offended groups in Chennai. You might want to Google search Mani Ratnam + Bomb attack.

In this case, heroine Sanjana owns property worth 200 crores. Her uncles want to grab her wealth by marrying her off to the wrong man. She has never heard of lawyers, it seems. Guess who comes to her rescue?

There is also a scene where she tells Prem to do as he pleases as long as he keeps her safe. She is about to fall off a cliff, but he saves her by leaping at her (shouting “Ya Ali”). Her tone is more suggestive than scared. Love develops between them after this scene.

And yes, there is an item song in which Salman plays Bhagwan Krishna and accuses him of ‘character dheela’, that is, being a womaniser.

Sadly, this movie was made in four Indian languages and is still available on YouTube.