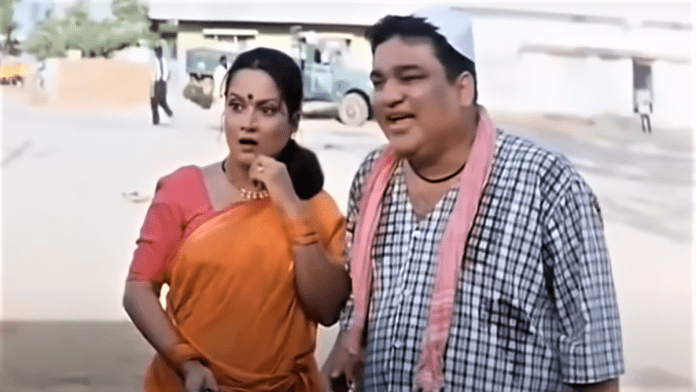 In 2000 film ‘Krodh’, two servants who are depicted as simpletons and speak colloquial Hindi, are named Ram and Sita. When they are introduced, they repeat ‘Ram Ram’ which is a common greeting among Hindus, in a comic way.

The film is a remake of Malayalam film Hitler, in which there are no ‘Ram’ or ‘Sita’ servant characters. These are novel additions by writers Siddique Ismail and Naeem Ejaz.

Not to forget that Bollywood has made Ramu Kaka almost synonymous with servant work through films after films.