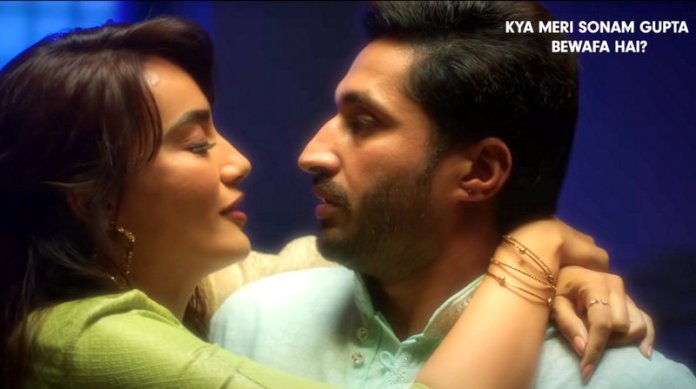 Tell your impressionable young audience that it is all in good humour if youngsters drink beer during Jagran, older men store alcohol in a kamandal that is supposed to have Gangajal (Paresh Rawal in Oh My God!), and an adult man pees near images of Hindu deities (Aamir Khan in pk), and lo and behold, you have a mass of people who are anesthetised to insults at the faith of their forefathers.

Bollywood has used this reductive and belittling humour against Hindu society for generations and continues till now.

Take this scene from the 2021 movie Kya Meri Sonam Gupta Bewafa Hai. A young man seems smitten by this woman after she tells him about drinking beer at Jagran (an all-night worship ritual with songs and dance in honour of a female deity).

Could you re-imagine this scene with a burqa-clad woman confessing to drinking during Ramzan?

Girl : I never drink beer except during Jaagarans (of Mata)

Will they ever show a burqa-clad saying this for Eid?

This denigrating attitude towards Hindu beliefs is ironic, considering the writer-director has clung to Hindu Anka Shaastra to add that extra letter to his first name, presumably to find some success in his career.