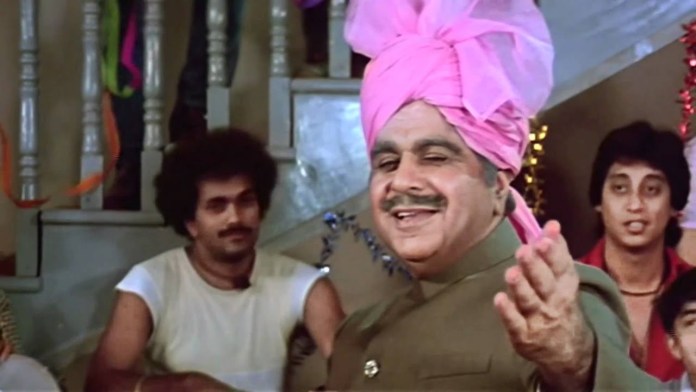 The plot of Karma (1986) is very similar to Sholay (1975). It is about a jailer who recruits convicts to avenge the man who killed his family. It could have been a straightforward revenge action film, but Subhash Ghai couldn’t resist introducing a few special elements.

Take this gem, for example. Naseeruddin Shah plays Khairuddin Chishti, aka Khairu Bhai (a reformed terrorist), who rams a truck loaded with explosives into a building storing munitions for terrorists. Kader Khan and Subhash Ghai want you to believe that some suicide bombers have hearts of gold and that ‘Jihad’ may be for the right causes.

It is interesting that the truck moves so slowly that Khairu’s friends don’t even get injured when he pushes them from it (as an act of sacrifice). They can run comfortably along with it. If the speed were so convenient, Khairu could have jumped at the last moment and saved his own life. Why the unrequired bravado, Khairu Bhai?

Every suicide-bomber is not terrorist

Some like Khairuddin Chisti blast cardboard-buildings to save nation

The film also promotes a deeply awkward commentary that Bollywood has been reinforcing for years. They equate the love for the country with that for a beloved. We now pay to watch a bunch of old actors singing ‘Hoth Gulaabi, Chaal Sharaabi, Jalwa Jalwa’ while they surround a Bharat Ma idol. That is their idea of patriotism apparently.

Do Bollywood writers not see the difference in the way one describes a motherly figure and a lover? Such cringeworthy comparisons have paved the way for new-age romantic comedies that show offensive portrayals of Bharat Ma. Watch this compilation from Gems of Bollywood featuring many such references across many decades.