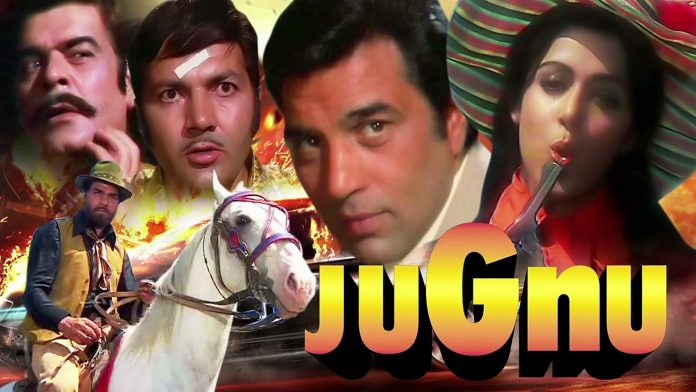 For a movie that starts with “woh shamma kya bujhe jise roshan khuda kare” (how can a flame extinguish if Khuda [Persian word for God, primarily used by Muslims] lights it), there is a festive song where Dharmendra teaches a group of children – “Deep Diwali ke jhoothhe, raat jale subah toote” (Diwali lamps are fake, they burn in night and get extinguished in the day).

These illustrious lyrics were by Anand Bakshi and the singer was Kishore Kumar.

"Diwali deeps are fake. They light in night and get destroyed in day"

Would the makers have enough spine to similarly set Roze Ramzan ke jhoothe, shaam hui, murge pe toote to a cheery tune? No? Then they should have stayed away from such a comment on Diwali, the biggest festival of HIndus, too. To suggest that Allah can keep darkness away while Hindu festivals usher in darkness is deeply offensive. This insinuation is deliberate since this song re-appears when the movie ends.

Jugnu was a massive success at the box office despite this blatant religious indoctrination. Such films that teach impressionable minds that Hindu festivals are fake should have been censored back then.

This movie has a famous dialogue: “Baap ke naam ka sahara kamzor log lete hain” (The weak depend on their father’s reputation). Ironically, this dialogue comes from an industry known to have the murkiest issues of nepotism.

The film’s story goes that Ashok Rai (Dharmendra) stalks Seema (Hema Malini) relentlessly while crooning: “Tera pichha na, main chhodunga soniye…Bhej de chahe jel mein” (I will be wherever you go. I won’t stop following you even if you send me to jail).

This makes Jugnu join the league of many many Bollywood films where the hero wins the heroine through stalking.

At first, Seema is offended by her stalker. But she soon learns that he is not an ordinary stalker. He is a wealthy man who can write huge cheques. Suddenly, she is no longer angry.

She starts blushing while thinking about the stalking. Seema blushes so much that when she is driving, she nearly runs over a school boy.

The movie also plants several other stereotypes like, a woman in love with the ‘right’ man will forgive him for hurting her family members (physical violence towards her father/guardian/brother). Thakur or Chaudhry sahabs are always cruel, lusty and arrogant. Good woman is always covered from head-to-toe in modest clothes, while the one in fancier clothes is a “zaleel aurat”.

There are stereotypes on the Gorkha people too. As if, a security guard can only be a Gorkha who says “Ji shaab Ji”.