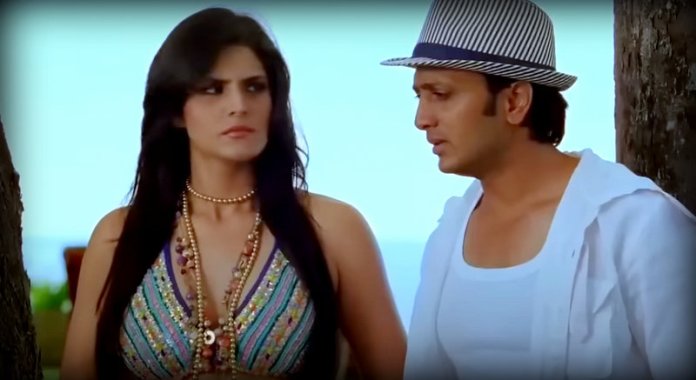 How do some so-called Bollywood A-listers continue to have a career in the industry even though they promoted films like Housefull and its sequel?

Jaina Malik ‘JeLo’ (Zareen Khan) is so desperate to marry Jwala Kanojia (Riteish Deshmukh) that she tells him, “Take me home. I will spend my entire life with you wearing the burqa.” And he realises her genuine love for him.

Is that what Sajid Nadiadwala’s writers think about Indian women? Are these Urduwood wallahs telling their viewers that a woman in love must change religion and adopt hijabi practices? If it isn’t blatant propaganda, then what is it?

"Just take me home. I will spend my entire life with you wearing burqa"
– aspiration of an Indian girl as per imaanwalas of Urduwood