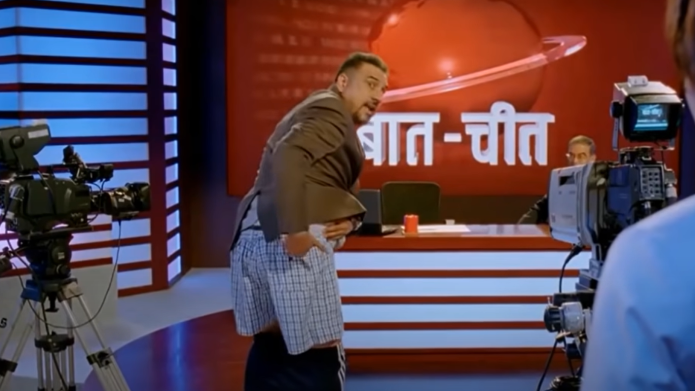 In his film ‘pk’, director Rajkumar Hirani repeats the same gag of a character pulling down his pants from his previous film, ‘3 Idiots’. Only this time it is because of intolerant Hindus.

The ‘bhakts’ of a fraud ‘tapasvi’ pierced his posterior with a trishul for reporting a story about their guru, explains Boman Irani’s character with his pants pulled down. The sound of a conch plays in the background, for supposed comic effect.

Would he have written this scene about a sar-tan-se-juda threat with Azaan playing in the background?