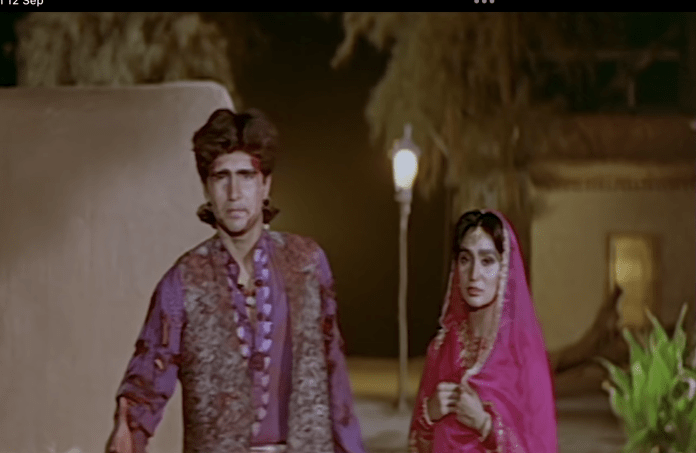 A woman complains that Ranjha forcibly disrobed her to “look for two pigeons under her dupatta”, and a bunch of women laugh at her story. Perhaps writer Noor (brother of Dawood) and producer Bharat Shah (arrested in 2001 for his alleged nexus with the underworld) want you to think that young men turning into sexual predators is not such a big deal. What a gem!