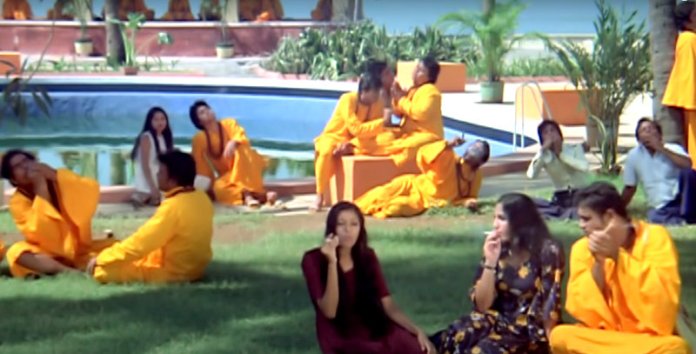 Although it is well known that Nizamuddin and Ajmer Sharif areas have remained topmost drug centres in the country for decades, Bollywood repeatedly spreads the misinformation that Hindu Ashrams are causing drug menace in the country.

Check out this gem below from Do Premee by Raj Khosla who died of alcoholism many years later.

A Hindu Ashram as per Urduwood : Drugs and Intoxication in open.

Film Do Premee by legendary Raj Khosla who later died due to alcoholismpic.twitter.com/a7wM7lZzSQ