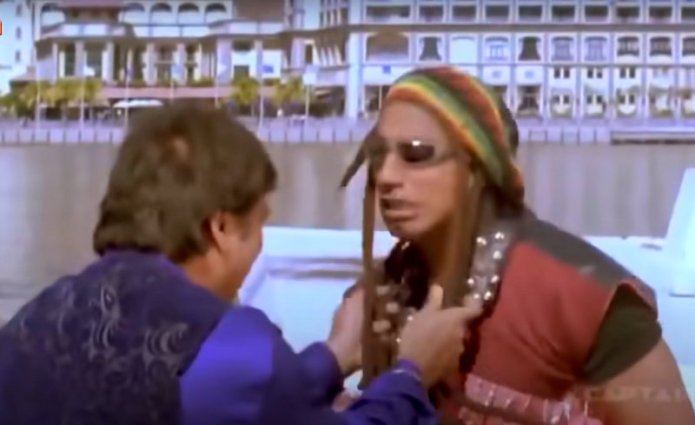 Could it be that perhaps director David Dhawan and writer Rumi Jaffery weren’t confident about this film’s success even though it had a bankable cast? Perhaps they had no option but to employ the most important trick that could pave their way to success in Bollywood – mockery of Hinduism.

Why else would they create a special scene to portray a clownish Rastafarian villain as “Jatadhari” when it is a commonly known reference to Bhagwan Shankar? Would Dhawan and his clever coterie ever target any other Abrahamic faith in such a veiled manner?

Whatever the answer, the film was a major commercial success earning a total gross collection of INR 352.1 million, despite clashing with Karan Johar’s Kuch Kuch Hota Hai.

Why create a special scene to mock silly villain as "Jatadhari" when it is common name of Bhagwan Shankar?

Will they ever mock a Muslim character as Mohd despite Mohd being first or last name of most Muslim males?