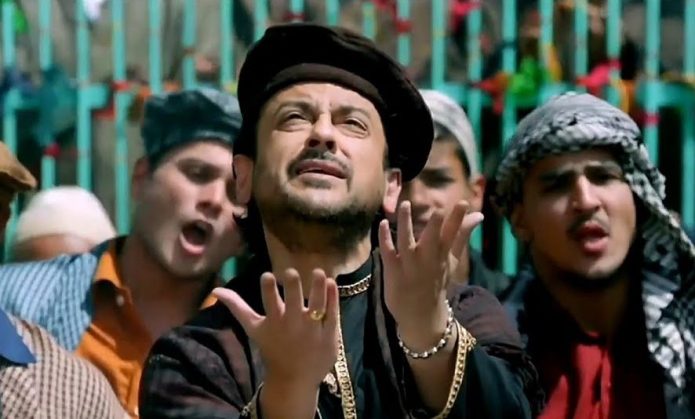 “Bhar Do Jholi Meri Ya Muhammad” used to appear in Pakistani films (Bin Badal Barsaat) where the protagonist sought solace in a dargah. Gradually, it seeped to the other side of the border where Bollywood used it for Hindus characters in distress.

In 1978 movie Ganga ki Saugandh, ‘Kalu Chamar’ (Pran), who is facing atrocities from a nexus of Pandit-Lala-Thakur, discovers humanity in a mosque with this song as background score. In 2015, a desperate Hanuman devotee (Salman Khan in Bajrangi Bhaijaan) prays at a mosque to get Munni home.

Can you think of any Bollywood product where a Muslim devotee seeks solace in Vaishno Devi or Ram Mandir?