This Year’s Last Big-Budget Film, Cirkus, Is Also A Disaster 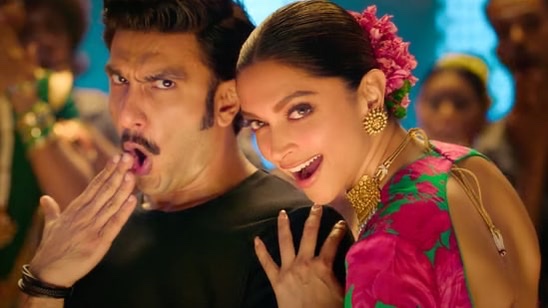 With the failure of Rohit Shetty’s ‘Cirkus’ (the final big-budget film of the year), it would be fair to say that 2022 ends with an important message that Bollywood would do well to remember – ‘formula films’ and expensive stars do not sell tickets anymore. Simply put, Bollywood trash does not sell anymore despite crores spent in Public Relations.

Shetty’s adaptation of Shakespeare’s ‘A Comedy of Errors’ disappointed the critics and masses alike. The film reportedly made Rs. 6.25 crore on Day 1, Rs. 6.40 crore on Day 2, and about Rs. 1 crore increase on Day 3, which is significantly poor for a holiday movie starring a high-budget actor like Ranveer Singh. As per reports, the film is made on a budget of Rs 150 crore.

The film was promoted with the item number ‘Current Laga Re’ featuring Singh and Deepika Padukone (also his wife). This month, she was at the centre of a controversy because of the ‘Besharam Rang’ song from Pathaan (2023) where she is seen dancing suggestively in saffron beachwear to seduce the protagonist (Shah Rukh Khan).

Several organisations, including Madhya Pradesh BJP and the state Ulema board, objected to the song for allegedly hurting the sentiments of both Hindu and Islamic communities. It has been reported that Pathaan’s producers are considering removing the song from the film because of such protests.

At Gems of Bollywood, we are not sure if the notoriety of ‘Besharam Rang’ had any effect on the performance of ‘Cirkus’. However, it sure seems that the masses are not flocking to theatres to watch what Bollywood has to offer.

Share
Twitter
Facebook
WhatsApp
Telegram
Email
Print
ReddIt
Linkedin
Previous article
If There Is No Food On Their Table, Why Should Indians Watch Your Film Or Any Bollywood Film, Ratna Pathak Shah?
Next article
Who Is Badshah Of Creepy Roles?