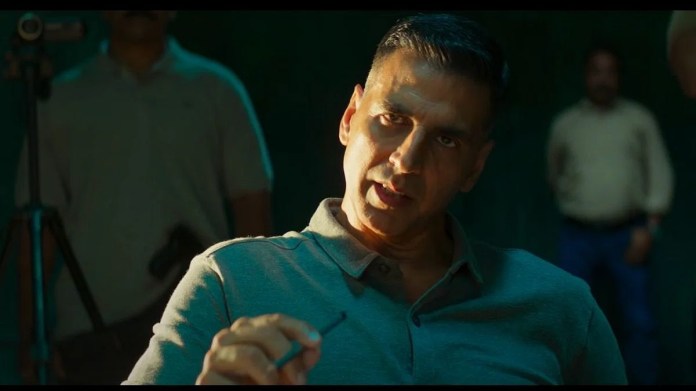 Director Rohit Shetty is known for setting plot lines according to popular sentiments of the time. When the Unnao rape case made headlines, he came up with Simmba, in which the bad guys raped and brutally killed a poor girl. Similarly, when the Pulwama attack happened, he figured it would be a good idea to portray villains as pro-Pakistan Muslim terrorists in Sooryavanshi.

There is a catch, though. The Bollywood brigade is very careful to not link the tendency to commit crime or acts of terror with any other religion other than that of Hindus.

In Bollywood, devout Hindus are typically criminals and murderers and the films do not fail to emphasise that they draw inspiration from their texts such as Gita.

For instance, film India’s Most Wanted (2019) where they made even an Islamist terrorist quote Gita.

This is an extension of an old Bollywood cliché of ‘Sachcha Musalman’. This genre was born in the ‘70s by inserting special infomercials on the greatness of Islam.

Watch this, this and this.

In a nutshell, this narrative introduces two kinds of Muslim characters in the film. One is a terrorist, and the other is a patriotic do-gooder always ready to help the hero.

The latter is the Sachcha Musalman, unlike the terrorist “who doesn’t represent true Islam”. He, who makes headlines for the wrong reasons, is a rotten apple corrupted by foreign forces.

Take a look at this scene.

Shetty also seems convinced that showing a “Bad Muslim” gives him the right to take liberties with Hindu sentiments.

There is a scene where Akshay Kumar asks a woman, “How are you garbhavati (pregnant)?”. His subordinate responds, “Sir, she is not Garbhavati. She is Saraswati.” This scene doesn’t add any value to the plot. Why has Sooryavanshi or, for that matter the entire Bollywood, never joked on revered icons related to Islam this way?

It was always a problem, Director saheb. You pander to the offensive stereotype that Hinduism produces wicked people. Your Hindu villains are devoutly religious, as if their religion encourages them to be so. But your Muslim baddies are not evil because of their faith. Pakistan corrupts them.

But does the movie at least call out Pakistan explicitly for parenting terrorism on their soil or its religious motivations? No. There is a scene where Ranveer Singh explains the economic damages of terrorism to a terrorist. His monologue ends like this: “If you continue terrorism, then even the people of Pakistan will come after you for ruining their economy.”

Ironically, Akshay Kumar had threatened to walk out of the 2007 film Ab Tumhare Hawale Watan Saathiyon because it required him to badmouth Pakistan in a scene. In 2016, he released Airlift in Pakistan after deleting scenes featuring the tri-colour.

And yes, the film’s hit song ‘Tip Tip Barsa Paani’, a remix of the same song in 1994 film Mohra, which also featured Akshay Kumar, is a work of plagiarism.