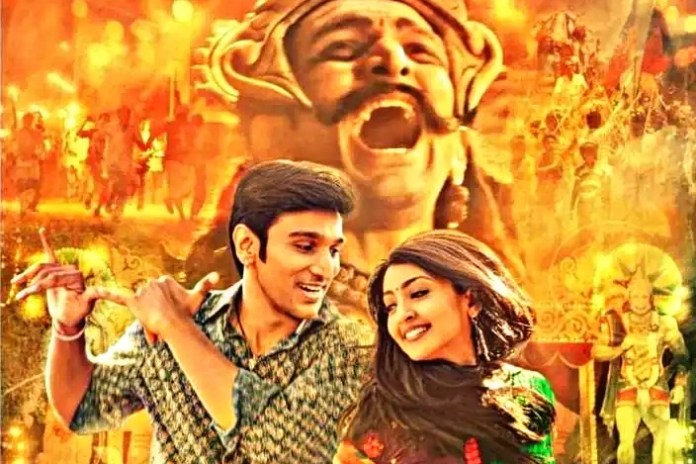 There is an odd obsession among Bollywood filmmakers to show Ravan as a loving, family-oriented man with a heart of gold. Not too long ago, during the making of ‘Adipurush’ (based on sections of the Ramayana), Saif Ali Khan proudly announced that ‘We will make Ravan humane, justify his abduction of Sita.’

Based on the same ideology, on Gandhi Jayanti last year, Pratik Gandhi starred in a film, now called ‘Bhavai’, which falsely shows that Maa Sita was in love with Ravan, and that Prabhu Ram, the incarnation of Maha Vishnu himself, had a dark side.

Check out this gem, where the film uses a Ram-Leela skit as an excuse to raise its monstrous pro-Pakistani hinduphobic head, calling Indrajit and Kumbhakarna “Shaheed” and using scatological humour during the Maa Sita abduction scene.

This isn’t the only time Bollywood wallahs have shown scenes featuring Hindu mythological plays to manipulate narratives that are sacred to Hindus. It has been a template joke in many Bollywood films for decades. Who could forget Jaane Bhi Do Yaaron, which is best known for its last 15 minutes featuring a parody of the cheer-haran episode from Mahabharata? Even recent films like Ludo and 14 Phere carry the same quality of humour.

‘Bhavai’ was originally called ‘Raavan Leela’ and was changed after public outrage.

Where Sita is in love with Ravan.

Where Ravan exposes dark side of Ram.

Where in name of Ram-Leela acting, everything is halal.

After all there is no fear of "Sar Tan Se Juda"!

We also recommend you read this essay by Gems of Bollywood on Bollywood’s portrayal of Lord Ram.