In Lajja, Hindu Society Is Hopelessly Evil And All Its Women Are Victims 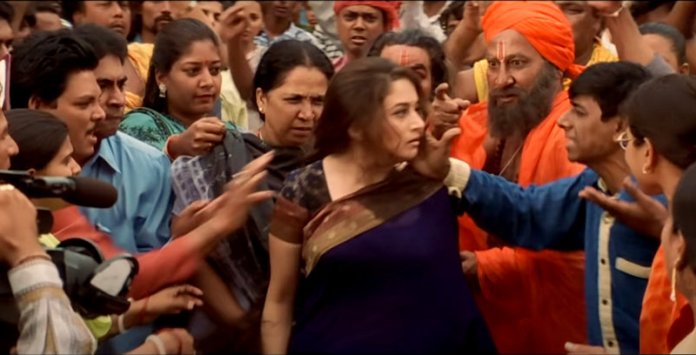 To put it in one line, Lajja suggests that eliminating all upper-caste Hindu men would lead to the ideal emancipation of women.

The film is full of hateful Hindu men who misquote the shastras, seek dowry, dominate their women while trying to bed other women, torch them alive after rape, and kill over inter-caste marriages.

‘Lajja’ was the name of Bangladesh-born author Taslima Nasrin’s novel published in Bengali in 1993. It was about a minority Hindu family oppressed in Bangladesh after the Babri mosque demolition in the Ayodhya city of India in 1992.

In the process of telling the real tales of atrocity on Hindus, Nasrin criticised some aspects of Islam and the Islamic society in her book. That led to a massive outrage against her in her native Bangladesh.

The author fled Bangladesh in 1994 after receiving death threats from Islamic groups. She first lived in Europe and the United States, and then moved to India in 2004 where she has continued to stay since then. The English translation of her novel was released in 1997.

Raj Kumar Santoshi released his film of the same name four years later in what looked like an attempt to reimagine the story for the Hindu society.

The film’s plot revolves around Vaidehi (Manisha Koirala), who is pregnant with her abusive husband’s child and decides to escape her marriage. With the aid of a petty thief Raju (Anil Kapoor), and a dacoit Bhulwa (Ajay Devgn), she travels to different towns and meets four courageous women fighting against male chauvinism.

All the women are satirically named after Maa Sita (Vaidehi, Maithili, Janki and Ramdulaari), revered by many Hindus as the ideal woman. All the antagonising men have been named after Prabhu Ram – Raghu, Purushottam, etc, which makes this film yet another attempt by Bollywood to defame the name of Bhagwan Ram (read a related piece by Gems of Bollywood here).

The film suggests that although Hindu men seek perfect women in their households, they aren’t quite capable of treating them with dignity. Katherine Mayo, who authored the viciously Hinduphobic book ‘Mother India’ in the 1920s, would have been delighted to see Santoshi’s portrayal of the Hindu samaj.

All the women in this film are victims. Most men are villains except Raju and Bhulwa. Santoshi wants his audience to know that it is wiser to trust petty thieves and gangsters than a Hindu man quoting from his scriptures.

And how could Bollywood not denigrate the Hindu society without extolling the virtues of other faiths? In Lajja, a Muslim man helps unconscious women get medical attention in the dead of night.

Amid all these stereotypes and hatred for Hindus, one cannot miss that Santoshi is just as regressive in treating his women characters as those villains are. Instead of allowing Vaidehi to get some legal aid and financial independence, Santoshi decides that she must return to the same man who was ready to get her killed after taking custody of their child.

Maithili (Mahima Chaudhary) doesn’t hold a beacon of light either. She sermonises, “What more does a woman want? A good husband, a good home and children.” Please don’t decide for all of us, dear girl.

She is okay with her fiancé’s family harassing her parents until they increase the demand for dowry. Even if she ignored the red flags in her boyfriend, was she alright with giving dowry as long as it was within her father’s means?

There is drama at her wedding with the groom’s family seeking more dowry as they falsely accuse her of having relations with Raju. Although she gave the rebellious speech, Santoshi decided that a woman could only wipe the “stain of infamy” by marrying the same man. We learn in the film’s end that Raju married her. This attitude sounds uncomfortably similar to the “marry the rapist” law practised in several Middle-Eastern and North African countries.

Janki seems like a breath of fresh air as a self-made and outspoken woman who is not shy about being in love with a man she supports financially. She has no pretences about getting pregnant before the wedding or drinking habits.

But whether it is Anita from Deewar (1975) or Janki from Lajja, we know what happens to such women in Bollywood movies. Santoshi puts her at the centre of an angry mob who assaults her so much that she miscarries. She later joins Vaidehi for a cause in New York. That is Urduwood’s idea of women’s emancipation.

In Janki’s plot (Janki is played by Madhuri Dixit), we didn’t miss the “Sita ki Agnipariksha” trope that Bollywood has been peddling for generations. Using the Ramlila skit within the film, the filmmaker takes a dig at Ramayan and portrays Prabhu Ram as a suspicious husband who ill-treats his wife.

Religious scholars have spent decades trying to make people understand that such scenes mis-state the epic, but Bollywood continues brainwashing its audience with such denigrations (read about the dubious tale of agnipariksha here).

Lastly, we meet midwife Ramdulaari (Rekha), who is supposed to represent women from rural India. Her language would, perhaps, offend both Hindi and Bhojpuri speakers. With her story, the film promotes many stereotypes about village life – cruel Thakur raping women and torching them alive, honour killing etc. She is the only character who dies in the end. Vaidehi names her daughter after her.

It is also interesting that all three surviving women move to New York at the film’s end, as if immigration is the solution to misogyny faced by Indian Hindu women.

The range of opportunities accessible by women, especially in India’s remote corners, clearly requires more attention. But is it fair to say that Hinduism is the root cause of all their problems? Is it okay to suggest that Sanatan Dharma makes men oppress their women? Do women who practice Abrahamic faiths require no intervention from society and lawmakers? 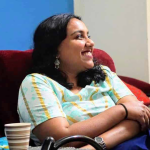