If There Is No Food On Their Table, Why Should Indians Watch Your Film Or Any Bollywood Film, Ratna Pathak Shah? 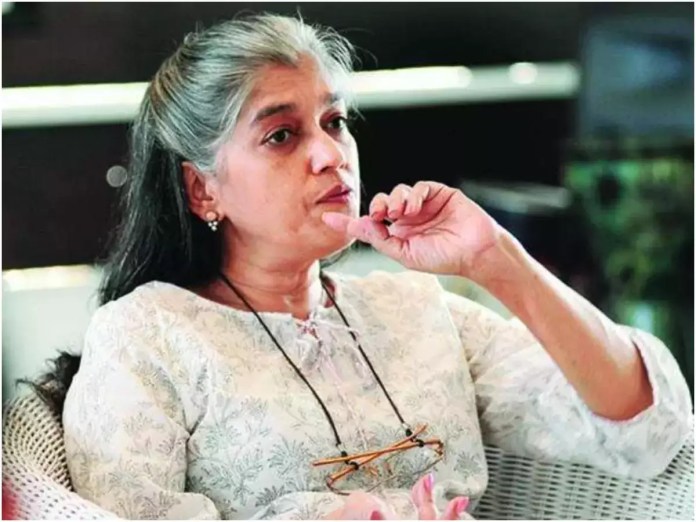 There must be a special kind of entitlement bubble that Bollywood’s top brigade lives in to make them give sermons to the public while knowing that the public currently hates them for their hypocrisy more than ever.

Even senior artists, who should ideally share wiser notes on quality cinema and call out horrible practices in the industry including its rape-celebration genre, are lining up to defend lewd and cheap content. Worse, these senior professionals claim to be feminists but do not say a word against Bollywood for continuing to use actresses as sexual commodities to promote films.

The actress recently said in an IndianExpress interview, “People don’t have food on their plates but can be outraged about clothes someone else is wearing…I would say we live in very silly times if these are the things on top of your mind.”

She was responding to a question seeking her views on the ‘Besharam Rang’ song from film Pathaan in which lead actress Deepika Padukone is seen dancing salaciously in skimpy saffron beachwear to seduce a much older Shah Rukh Khan. The number has offended many groups, including Muslim organisations.

Shah didn’t comment on why people should watch her upcoming ‘Kutch Express’ (her debut in Gujarati films) if they didn’t have food on their plates!

She also dismissed the public sentiment against the song as just “hate”. She said, “I am hoping that there are many more sensible people in India than are visible at the moment. They will come through because what is happening, this sense of fear, sense of exclusion, is not sustainable. I feel humans cannot sustain hate beyond a point.”

Readers many check this article by team Gems of Bollywood to learn more about the outrage against Pathaan.

As pointed out by Gems of Bollywood repeatedly, Bollywood is in a crisis with back-to-back failure of large-budgeted, high-profile films such as 83, Jersey, Bachchan Pandey, Heropanti 2, Shamshera, Samrat Prithviraj, Thank God and Brahmastra. We hear newly released Cirkus too is headed to be a disaster.

Some A-listers have made things worse for them and the industry by making haughty comments about not needing an audience for their films.

Shah’s comment too has backfired, with social media users asking why any Indian should be spending on entertainment if there is no food on the table. Shouldn’t the entertainment industry shut down, and all the money be put by already rich filmmakers and actors into welfare schemes so people don’t go hungry? Forget shutting down the industry, even if filmmakers replace a foreign location with a local one for shooting, a lot of money would be saved. The ‘Besharam Song’ was shot in Spain.

Now, Shah is not known for logic or consistency. While she seems fine with using soft-porn to sell a very mainstream Bollywood film, she called Karwa Chauth a very regressive festival for Hindu women as they go hungry from sunrise to sunset wishing long life for their husbands. At that time, she also forgot that the festival has been most popularised by Bollywood itself.