YouTuber and former TV journalist Barkha Dutt, often accused of underhand and shoddy reporting in the past, called people opposing the movie Pathaan on social media ‘virtual mobsters.’ It remains to be known why a journalist would feel so emotionally protective about a Bollywood film.

The movie has witnessed backlash for controversial views of its star cast and song Besharam Rang.

In the tweet below, Dutt referred to the supporters of the ongoing ‘Boycott Bollywood’ trend as mobsters.

As exposed by the Gems of Bollywood, the PR teams of the movie Pathaan have mass-booked tickets to ensure that the film does well in the first week. To support this propaganda, Dutt posted from her official Twitter handle, saying she could not book a ticket for herself as the shows were sold out.

On the other hand, journalist Sushant Sinha posted visuals of high availability of tickets for the film while mocking the claims of “dhartifaad advanced bookings”.

Dutt, notorious for her controversial war reporting during Operation Vijay in Kargil (1999), was widely criticised then for publicly sharing critical security locations and risking the lives of armed personnel during the Kargil War. She telecasted the secret ‘Tiger Hill’ operation. Read details about the operation here.

It isn’t as if she learned anything from these criticisms. She repeated the same pattern during the 26/11 Mumbai attacks when she exposed the positions of security personnel and trapped civilians, unmindful that the handlers of those terrorists were monitoring Indian media reports. While those gunmen were inside a hotel, she went on air announcing that she was getting inputs from a source hiding on the 19th floor of that building.

You can read more about her reporting style and the Supreme Court’s response to it here.

It was no surprise when Hafiz Saeed, the mastermind of these dastardly attacks, praised her highly during a television interview as one of the few people sympathetic to his views.

Calling people “virtual mobsters” for simply boycotting a movie is rich of her, considering she couldn’t even stand a blog post by an ordinary netizen who called her out for her shoddy journalism practices during 1999 and 26/11. Who can forget that she legally pressured Chaitanya Kunte to shut down his blog post and tender an unconditional apology in January 2009?

There are several reasons why there are calls for boycotting ‘Pathaan’ on social media. For beginners, the film’s cast seems desperate for validation from their fans across the border.

There are proofs of Shahrukh Khan taking supremacist pride in being a ‘Pathaan’ (a fake one, though) and having his parental home in Pakistan. People also haven’t forgotten visuals of Deepika Padukone supporting protests against the CAA bill at Jawaharlal Nehru University. These laws were for the protection of persecuted Hindus in India’s neighbouring countries. John Abraham, who plays the villain in the film, is producing movies promoting Love Jihad (Tara v/s Bilal, the review of which can be read here).

You can 72 reasons for public opposition to the film, compiled by Gems of Bollywood, here.

However, if someone chooses not to watch their films to protest such an anti-Hindu mindset, Dutt will label them “virtual mobsters.” Perhaps, in her book, people who call for beheading someone under the pretext of religious sentiments are not mobs, but those who protest non-violently on social media without shouting ‘sar tan se juda’ are ‘mobsters’.

Dutt never used this word for violence anti-CAA mobs even when they killed a cop.

It seems that as per Dutt, Hindus must keep watching as they lose their daughters to conversion-nikah in other groups, just like in Pakistan. She would feel angry if they called out Bollywood for spreading its false propaganda, which went unchecked for very long.

To her tweet, some users shared screenshots from ticket booking sites where the movie was running to empty theatres and tickets were available. They called her claims fake.

Another user questioned whether those boycotting ‘The Kashmir Files’ were not mobsters.

A user confronted her for calling them ‘mobsters’ .

Another user raised a similar question 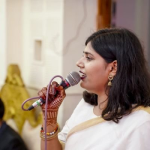